The Unlikely Amalgamation of a Butter Churn, a Couch Leg, and a Japanese Umbrella into a Variable

Tony May was born in Mineral Point, Wisconsin in 1942. He grew up on his family’s farm and learned carpentry and metalworking from his father. He received his BFA and MFA from the University of Wisconsin-Madison in 1966, where he studied alongside and briefly lived with Bruce Nauman, ultimately moving to California together a year later. May lives and works in San Jose, CA where he was a professor of fine arts at San Jose State for over thirty years until his retirement in 2005.

May’s work is simultaneously conceptual and whimsical; by using functional, recycled materials such as books, household items and found objects he constructs site-responsive or interactive sculptures and installations. Rooted in craftsmanship, May’s sculptures are calculated and precise, painstakingly created and finished by hand. His photo-realist paintings boast the same exacting quality, serving as a form of documentation for the events, projects and objects that he deems significant. Though collectively his work is elaborate in concept, the results are formally modest. His sculptures and their accompanying containers, custom-made and usually part of the work itself, are made of scrap wood or re-purposed furniture with very little decoration. Similarly, his documentary paintings have the uniform finish and practicality of hand-painted signs, complete with  block-lettered captions. May’s site-specific installations and projects encompass the many conceptual yet functional qualities of his art. For instance, his own home is an ongoing art project and an on-going series of Home Improvement paintings document the various repairs and improvements he has made over the past 30-plus years. Another such project is the T. House, a two-story glass and wood structure modeled after a traditional Japanese teahouse, which stands in May’s backyard.

May has exhibited across the United States and internationally. The San Jose Institute of Contemporary Art organized a major retrospective of his work in 2010, spanning 40 years of his career. He has been commissioned to make several large-scale installations, including for the city of San Jose and an installation at the Capp Street Project. His permanent installation titled Variable Book Construction (Bookmobile) is in the atrium of the San Jose Museum of Art. 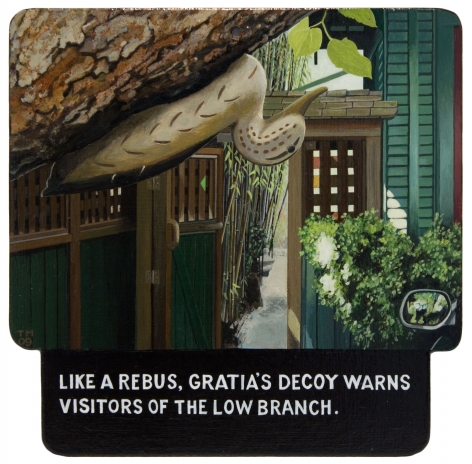 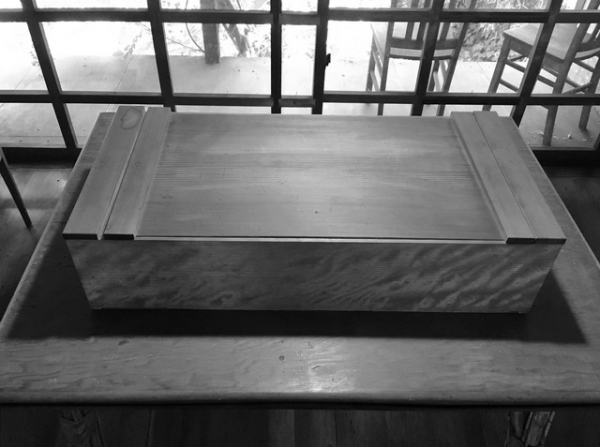 Tony May at b. sakata garo gallery

Tony May is included in a three person exhibition titled Secret Language at b. sakata garo gallery in Sacramento, CA alongside Lonny Tomono and Chris Daubert. The exhibition presents three artist friends who have long lived far apart but have influenced, inspired or amused one another's work since their first meeting in San Jose, CA circa 1974. 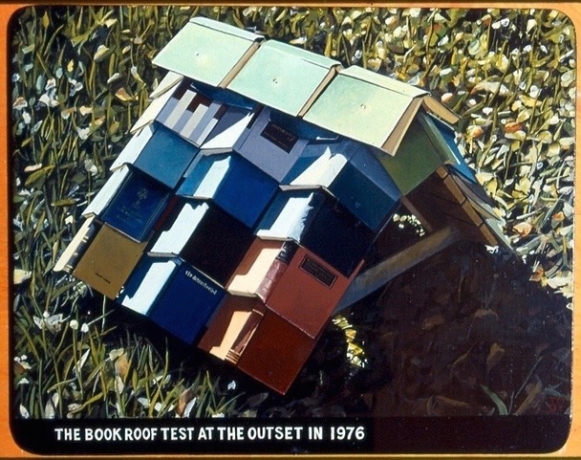 Tony May is included in a three-person exhibition at 871 Fine Arts, alongside Léonie Guyer and Dan Max. This exhibition juxtaposes the work of long-time Bay Area artists. May's work in the exhibition comprises a selection of paintings, sculpture and constructions dating 1980-2019. The exhibition is on view through September 6.